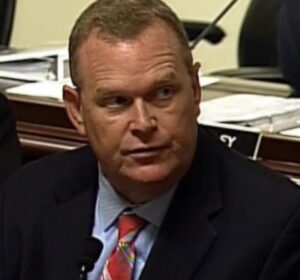 Another bill targeting the bail industry in California passed out of the Assembly Appropriations Committee last Thursday. SB 262 was passed without the “zero bail” language and next moves to the Assembly floor for a vote. A vote could take place as early as this week.
Unfortunately, the remaining language in SB 262 should not only concern California’s bail agents but those seeking to purchase a bail bond in lieu of posting full cash with the court. If enacted, SB 262 will turn the bail system on its head.
SB 262, if enacted, would require bail agents to refund 95% of the amount collected from the depositor if, 1) An action or proceeding against an arrestee is dismissed, 2) No charges are filed within 60 days of arrest and 3) The arrestee makes all court appearances.
The author of SB 262, Senate Majority Leader, Robert Hertzberg represents the San Fernando Valley. He also authored SB 10 which was overturned by Prop 25 when 9 million Californians voted to retain the right to bail. Senator Hertzberg, ignoring the will of the people, immediately introduced SB 262, which once again targets the bail industry.
The gist of SB 262 falls under the “wouldn’t it be nice” category. Wouldn’t it be nice if I received a refund of my homeowners insurance premium whenever my house doesn’t burn down? Wouldn’t it be nice if my criminal attorney refunded my legal fees if they lost my case or even if they win my case because it means I was innocent all along and I should have never had to hire an attorney in the first place? Wouldn’t it be nice if the county reimbursed me for loss of income for the time spent in jail, after my case is dismissed or if the DA fails to file charges. Or wouldn’t it be nice if a politician would return my political contribution whenever they don’t do what they said they would do to get elected? Wouldn’t it be nice?
Should SB 262 be enacted as written, there is no doubt it will cripple the bail industry in California, not because bail agents will not be able to write bail, but because they will refuse to write bail. Like any small business retail bail agencies have overhead costs that include payroll, rent, advertising, etc. And like any business owner, they would like to enjoy a profit for all their efforts. There is no way to cover costs, much less earn a profit, if you are required to refund 95% of your revenue due to no fault of your own.
SB 262 specifically targets the bail industry for elimination and offers no replacement, an industry that has provided services to the accused for more than a century. Absent the option to purchase a bail bond, thousands of accused will have no choice but to remain in jail until trial or their case dismissed. As a result, thousands will lose their jobs, homes, and family. There is nothing redeeming about SB 262, it should not pass. People have a constitutional right to be free on bail pending trial and bail agents have a right to be paid for their services and assuming financial risks. Right is right and SB 262 is wrong.