26Sep 2019 by Michael Whitlock No Comments 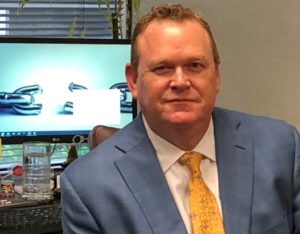 Where in the World is Mike Whitlock

New Hampshire, the fifth smallest state in the nation established a summer study committee to review bail reform legislation passed in 2018.  On behalf of the American Bail Coalition I traveled east this week to testify at a Wednesday hearing at the state capital, together with the lone actively writing bail agent in the state.

The passing of SB 556 had an immediate and profound impact on New Hampshire’s pretrial release system once unsecured bail became the presumptive form of release.  Bail agent Julie Carkhuff testified she wrote 165 bonds in August 2018 (the month preceding SB 556 going into effect) compared to just 16 bonds in August 2019.  So, 150 defendants who previously could afford to pay for a supervised bail bond were now being released on free bail with no supervision.

New Hampshire’s bail commissioners, responsible for setting bail, had earlier complained to the study committee their income ($40 per bond review) was being severely diminished because defendants were claiming to be indigent. The new bond form  Law Enforcement Notice to Defendant or Right to Bail gives the defendant the option to declare themselves indigent to avoid paying the $40 fee.  Naturally, once word spread of this giveaway within the jail population, the bail commissioner fate was written.  In one instance, a bail commissioner consulted on 12 bonds in one day and received no pay, as all defendants claimed to be indigent.

When asked my thoughts on how the legislature could address this issue, I responded with, require any defendant claiming to be indigent to sit in jail for 24-48 hours before their court approved their claim.  They would quickly find that most of the supposed indigent defendants would pickup the phone and call a family member or friend resulting in the $40 fee being in short order.

The same could be said for those offenders who claimed to be unable to afford to post bail.  Allow them to post bail or wait to have their bail reviewed by a judge at a hearing to take place not more than 48 hours after arrest.  Again, the committee (not those of us in the bail industry) would be pleasantly surprised how many of these indigent defendants could find a way to post.

I also urged the committee to establish bail schedules, eliminate unsecured bonds and consider public safety when setting bail.  With the condition, any defendant remaining in custody 48-hours later would have a right to make their case before a judge for an OR release or a bond reduction.  In doing so, both the rights of victims and residents seeking to ensure the defendant’s appearance at trial and the defendant’s right to due process.

The State of Alaska recently rolled back its bail reform measures after experiencing a significant hike in failures to appear for those released on free bail.  The State of New Hampshire, has experienced the same result and should make revisions in the next legislation to amend its bail reform laws and save their state before their criminal justice system falls into ruin.