30Jan 2012 by tkanger
Austin, TX – New PBT President Scott Walstad of Dallas elected to spend his first months at the helm of one of the nation’s 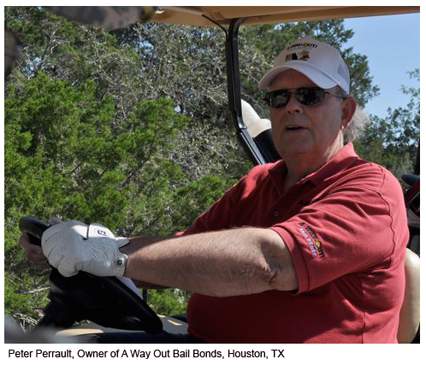 prominent bail agent associations getting their fiscal house in order.  The first hour or so of the Board of Directors meeting in the year’s first quarterly meeting was spent talking about expense reports and meeting costs.  The objective, where can costs be reduced and processes streamlined to save costs.
The meeting, held at the Crowne Plaza hotel in Austin was not all about cost cutting.  There was still work to be done on the legislative front even though Texas Legislature is in hibernation.  Redistricting will bring a number of changes and new faces to the legislature in 2012-2013.  This will require a lot of work by the PBT Legislative Committee to sort it all out.  It takes a tremendous amount of time and effort to educate legislators on the benefits of commercial bail both to the criminal justice system and taxpayers.
The recent passing of Houston based agent Peter Perrault also highlight the need for changes in the bail bond board statute.  A legacy rule should be added allowing, upon the death of a licensee, a bail bond agency to continue to operate through a surviving spouse, son or daughter until that person can become formerly licensed.  Presently, in the event of the license holder’s death the bail bond agency is immediately shut down.  This is not productive for the surviving family members, the county or the clients currently out on bond.  PBT pledged to address this issue in the next session of the legislature.
The Professional Bondsmen of Texas will hold their 2nd Quarterly Meeting in Houston April 26-28.