Let me set the stage in Indianapolis.  In the last 24 months there have been more than 500 homicides.  Judges are setting low bails and handing out get out of jail free cards on repeat offenders, many of whom were charged with violent offenses, and handing out electronic monitors in lieu of bail like candy.

Charitable bail organizations continue to post bail without legal authority to do so and with no authority to compel a bailee to appear in court or arrest and return them if they do not. The Indiana Senate Republican Caucus announced a series of bills aimed at addressing these issues.

Within this crime package is Senate Bill 6.  The aim of SB6, in part, is to raise the bar on those accused of committing violent offenses being released from jail pending trial on insufficient bail, by setting minimum bail and to require that bail be posted in the form of a cash deposit.  Further, the person posting cash bail must be a close relative of the accused.

Article 1, Section 17 of the Indiana Constitution states, Offenses other than murder or treason, shall be bailable by sufficient sureties.  Murder or treason shall not be bailable, when the proof is evident, or presumption strong.   Bail bonds have been employed as an affordable means of posting bail for more than a century.  Bail bonds are a surety product, a financial guarantee, which means in the eyes of the state, surety is the same as cash and therefore a sufficient surety.

Neither the U.S. Constitution nor Indiana Constitution requires that bail be affordable, only that it not be excessive.  However, there is no prohibition that an option for posting bail can’t be affordable.   For instance, if a judge sets bail for an accused at $10,000, in nearly every state in the country, a defendant can elect to post bail by depositing $10,000 cash with court, provide a lien on real property with sufficient equity or post a bail bond.  On average a bail bond will costs 10% of the bail amount. Using our example, a $10,000 bond would incur premium fee of as low as $800 to secure release.   In the case of a bail bond, a third-party co-signor is required in almost every case.  Those with sufficient resources can afford to post the full cash and those with insufficient resources or those who simply prefer not to deposit cash with the court, can elect to purchase a bail bond.  Some people pay cash for a home while others choose to take out a mortgage.  Payment options are integral part of commerce in this country.

SB 6 wants to remove the bail bond option for the accused for two reasons; 1) they want to use cash-only bail as a means of preventatively detaining an accused pending trial, and 2) judges have made it clear to the legislature they use cash bail to secure payment of fines and cost, with securing appearance a secondary concern.

The Indiana legislature has been enabling judges for more than 40 years, by permitting them to use cash bail to fund their courts.  Enriching the court is not the purpose of bail. Victims of crime are not concerned with the court getting their cut.  Victims of crime want to know the accused will stand for trial, the sole purpose of bail.  It is an inherent conflict of interest for a judge or their court to benefit financially from setting cash bail.  Once a judge sets the appropriate amount of bail, their job is done.  From there it should be the defendant’s choice how 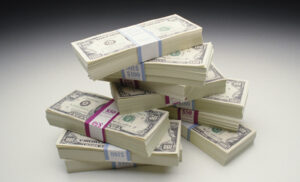 they chose to satisfy the bail requirement.

The Washington Supreme Court ruled in 2014 in State v. Barton, that, “As a matter of plain language, “bailable by sufficient sureties” means a defendant must have the option to utilize a surety in making bail. Several other jurisdictions to consider identical phrasing in their state constitutions have reached the same conclusion.”  The Ohio Supreme Court came to the same conclusion in State ex Rel. Jones v. Hendon, “Once a judge chooses that condition and sets the amount of bond, we find no legitimate purpose in further specifying the form of bond which may be posted.  Indeed, the only apparent purpose in requiring a “cash only” bond to the exclusion of the other forms provided in Crim.R. 46(C)(4) is to restrict the accused’s access to a surety and, thus, to detain the accused in violation of Section 9, Article I.  We found such a practice inappropriate in State ex rel. Baker v. Troutman, supra, and reaffirm that finding here.”

I’m not an attorney but after four decades in the surety bail profession I have formulated this overview of the criminal justice system.  People are arrested on probable cause of having committed a criminal offense.

That individual is then taken before a magistrate where bail is set based on the seriousness of offense, risk of flight and risk to public safety.  If the financial resources exist, the accused posts bail in the form of cash or a bail bond and is released pending trial and either retains private counsel or is assigned a public defender.  The prosecuting attorney then either indicts the accused or dismisses the charges.  If indicted, the case is tried by judge or jury.  The purpose of bail is to ensure the accused is in court at all times required. Once a verdict is rendered in the case, justice is served. Period, full stop.

The current language in SB6 misses the mark and will likely lead to increased pretrial detention.  The authors want to go from releasing those accused of violent offenses on little or no bail, to requiring “cash only” bail.  This is a clear attempt to detain the accused pending trial.  While that sounds like a good idea, it’s a knee jerk reaction to an issue than can be solved with a more reasonable approach.  Nobody wants violent offenders released back into our communities, however, SB6 violates their constitutional rights in order to protect the coffers of the judiciary.  The Indiana Constitution provides for bail being posted by sufficient sureties.  Bail bonds are a sufficient surety!

The authors of SB6 want to allow judges to use their discretion in setting “cash only” bail when it was the discretion of those same judges to release people charged with violent offenses on low or no bail that was the impetus for authoring SB6 to begin with.  In the end it appears the judges continue to call the shots at the Capital and not our elected representatives.  There is a way to balance the rights of the accused with the rights of the victims and SB6, as it is currently written, misses the mark.