19Apr 2012 by tkanger
I got up early this morning to pick-up my folks, Jack and Annette, at their home to run them out to the airport. They were flying to Ft. Lauderdale where they will board a cruise ship that will take them south then west through the Panama Canal and ultimately to their final destination of San Diego. The trip will take about three weeks. Life after bail.
During the drive out to Indianapolis International we discussed bail, as usual. After working for him, with him, for 18 years, 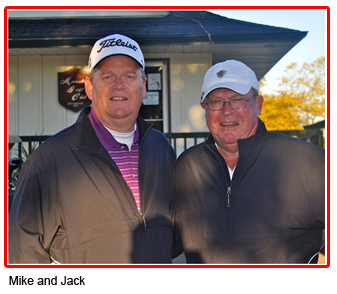 bail is still part of our regular conversations. I mentioned to him “I’m working with James Conrad, a recovery agent out of Memphis who asked me to pass along a hello.”  Jack said, “Hell, he’s as old as I am and he’s still going at it?” Dad is 76. I mentioned he was actually calling me from his hospital bed where he was recovering from his third heart attack. Wanted to let me know he had a new lead on a fugitive we’ve been chasing now for eight months. Conrad worked with Jack in the 70s while in Memphis when Jack owned Allied Bonding Company.
During the thirty minute drive back to the office I was reminded of the times in the mid-eighties when I used to run dad to the airport when he was running the bail program at Allied Fidelity. I drove a four door gold Nova (back when sedan’s were un-cool for single twenty something’s) and invariably my tank would be on E. I would get that classic head shake from Dad that would result in a free fill-up (strategic thinking in development).
Not a lot has changed in bail between the 70s, 80s and today. Commercial bail is still written in nearly every state in the country. Our industry still battles the unwelcome encroachment of government who believe they can do our job better without the weight of accountability,  taxes, overhead and a 24/7/365 work regimen. Bail agents still have to assume risk and chase fugitives at great expense and under the duress of suffering a potential loss while still trying to make payroll. Government pre-trial employees have none of these concerns relative to their job and regularly enjoy a peaceful night sleep.
I often get calls from people wanting to get in the bail bond business, who want to make bail their livelihood for the next thirty years. Sometimes it’s retired law enforcement and other times it’s someone fresh out of college who has that entrepreneurial spirit. Either way, I figure we were all new to this business once so it’s nice to help out others who believe the bail bond business is right for them.
Whether it’s meeting and working with veteran bail agents from all over the country or speaking with someone who is just curious about how bail bonds work, every day is a good day. My mom and dad, who are now enjoying the fruits of a successful career in bail, are a constant reminder if I continue to work hard, give back to my profession and conduct myself with integrity and professionalism, good things will come. I love my dad for all he has taught me and I am proud of the fact my profession, commercial bail, is a vital, private sector component to a government run criminal justice system. Collectively we do our level best to protect and serve the public, by providing service to our communities, reducing jail crowding and ensuring justice for crime victims by bringing offenders to trial. It’s going to be a great day.