27Sep 2022 by Michael Whitlock No Comments

Every now and again amid the fog of war there is a direct hit on the opposition so profound it can shake the very foundation of their mission. In the case of pretrial justice, the side on the receiving end of the truth bomb must have been thunder-struck after coming face to face with the most incredible weapon, the facts.

Unbeknownst to many of us working in the pretrial release space, there were a small group of people working on something in Texas akin to the Manhattan Project. They pooled their knowledge and resources, gathering and synthesizing information available to the public that would disarm their adversaries. The group unveiled their results last week on their website HarrisCountyCourtWatch.com.

Harris County, Texas, with a population of 4.8 million, is the third largest county in the U.S. As such, this coastal county offers a significant sampling pool for tracking any issue, in this case, the wholesale release of misdemeanor offenders from jail pending trial. HarrisCountyCourtWatch.com has determined only 18 of 100 defendants were showing up for their court dates. Thus, exposing as a colossal failure, the great experiment of trusting people charged with criminal offenses to govern themselves

The Houston Police Officers Union had recently released a report highlighting the failure of the get-out-of-jail-free scheme. HPOU President Doug Griffith told Houston’s FOX26, “Everything that was used in my report, as well as this other report, are off the District Clerk’s website. So, it hard to argue with the numbers, so I don’t know where they come up with bail reform is working, because it’s just an out and out lie.”

Ken Good is a Texas attorney and member of the Professional Bondsmen of Texas. He was instrumental in the development of HarrisCountyCourtWatch.com. Ken Good told FOX26, “The average failure to appear rate in misdemeanor courts, all 16 of them, is over 80%.”  Mr. Good went on to say, “For the last two 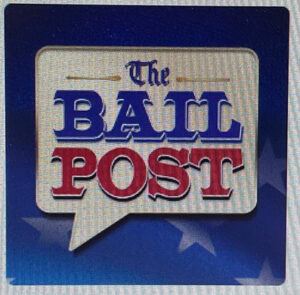 years, the misdemeanor courts have been keeping themselves from collapsing, because of the backlog by just dismissing cases.”

The absence of third-party guarantors in the pretrial release process has had a profound effect on the ability to ensure offenders appear for court. Our nation’s court systems do not make it easy to gather information that can shine light on misinformation fed to the public. This new website pulls raw data directly from public records and the results are clear, the public has been deceived and the truth bomb dropped by HarrisCountyCourtWatch.com has cratered the very ground on which the soft-on-crime army has been marching the last many years.

For more information visit HarrisCountyCourtWatch.com or listen to The Bail Post podcast episode where Ken Good goes into great detail on the creation of this website and what the data tells us.