31Jul 2019 by Michael Whitlock No Comments 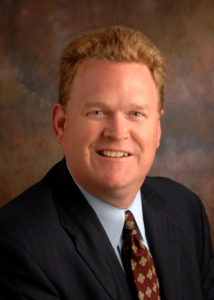 Yesterday will be a day to remember in Houston, TX, if not the nation.  The Harris County Commissioners Court in a 3-2 decision approved a proposed settlement in the lawsuit against Harris County over its bail system.  To paraphrase the settlement language, Harris County agreed to hand over the keys to the city to repeat offenders and write a huge check to the plaintiff.  This was a seminal moment in the national fight for criminal welfare.

The settlement, should it go on to be approved by Federal Magistrate Rosenthal, will release 85 percent of those arrested on misdemeanor charges and cost the county $59 million to $97 million over seven years.  Using government math, you can easily triple these figures.

Commissioner R. Jack Cagle offered an amendment that would have given judges more discretion in setting bail and providing funding for crime victims; it failed.  Where the criminal welfare movement is concerned, crime victims are not even in the discussion.

Watching round one of the Democratic presidential debate last night, presidential candidate U.S. Representative John Delaney, argued moving every American to a government funded health care system was ridiculous and providing free college tuition to even those who could afford to pay was nonsensical.  He further argued, those who like their private insurance should keep it and those who can afford to pay for higher education, should pay.  Concentrate your resources on those who demonstrate an inability to pay.  The same holds true for the bail system.  What fiscally responsible person or political body would place the financial burden on taxpayers, the cost of supervising individuals released from jail pending trial for those who can afford to pay their own way?  To do so is an abuse of discretion.

Houstonians may not realize what they’re in for should Judge Rosenthal approve this preposterous settlement.  Like sharks attacking the carcass of a lifeless blue whale, once these bad actors become aware of Harris County’s new get-out-of-jail free system, it will be a free-for-all.

Criminal welfare reformers are celebrating today with what appears to be a huge victory.   It will be the citizenry who must suffer the hangover.  Once recovered, they will see these criminal friendly reforms have finally gone too far.  We will begin to see a pivot towards commonsense solutions for an effective bail system.  One that will reclaim the expectation, those charged with committing crimes in our cities and towns will be held to account and shepherded through the criminal justice system so they can get their day in court.  As we know, determination of guilt or innocence is not an instruction at arraignment but at trial.  People are arrested on probable cause of having committed a crime, not because they are poor.

If Harris County Commissioners who voted in favor of this settlement and in doing so placed the rights of repeat offenders over those of law-abiding citizens understood this simple tenet, they would have never jumped the shark and approved this overwrought proposal.  While I would like to think Judge Rosenthal would not approve the settlement, let’s face it, she’s the one driving the ski boat.