Bail agents are constantly being depicted in a poor light as shady and untrustworthy.  Typically, those casting aspersions are ignorant of exactly what a bail agent does, their function and purpose. 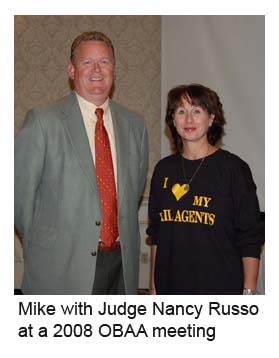 Earlier this week a Denver area bail agent recounted on his Facebook page an experience he had in court.  He had arrived early to a court hearing in Adams County.  The judge and criminal attorney, unaware the bail agent was in the court room and believing he was a no-show, began making derogatory comments about bail agents in general.  This agent, stood up, approached the bench and said he had been in court since 8 a.m. and he didn’t appreciate the remarks being made in open court.  The courtroom fell silent.

I read this post and it really set me off.  Judges, criminal attorneys and bail agents are all cogs in the wheel of criminal justice.  We all have a job to do and a function to serve.  A judge oversees each case, officiating and making sure the law is followed.  A criminal attorney represents the accused and the bail agent makes sure the defendant is in court, whenever required.

The judge, criminal attorney and prosecutor have nothing to do if the defendant is not present for court.  I guess that makes the bail agent’s job pretty important.  A bail agent’s role is also distinctive in that of all the parties involved, the bail agent is the one person who suffers a financial loss if they do not perform.  Everyone takes this for granted, not the bail agent.

While a licensed bail agent, I don’t write retail bail.  I suppose if I did, I would make it a practice to make my presence known around the courthouse.  Not in search of clients but in support of existing clients.  It’s not always easy to attend each client’s court appearance.  It is possible, in most cases, to attend arraignments and trials.

It’s important the court is aware of who is getting these defendants to court.  If your judges don’t know who you are, shame on you.  The judges know most criminal attorneys.  Heck, they know most defendants.  Do they know you?

Cuyahoga County Common Pleas Court Judge Nancy Russo has often said she can pick up the phone at anytime and reach one of her Cleveland area bail agents because she knows them and they know her.  There is a professional relationship between Judge Russo and “her” bail agents.

Judges, criminal attorneys and prosecutors would be less likely to speak ill of bail agents if they knew them personally.   Bail agents should take the initiative and get to know their judges and prosecutors.  I’m sure like bail agents, they’re generally nice people and professionals.  Make sure you’re adequately representing yourself and your profession.