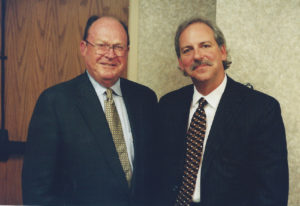 Underwriters Surety, Inc. (USI) is a National General Agency founded in 1986 by John T. “Jack” Whitlock and William B. “Bill” Carmichael. USI entered into a business partnership with Indiana Lumbermens Mutual Insurance Company (Lumbermens) in 1986 for the purposes of contracting bail agents throughout the country. In 1990 Lumbermens exited the bail bond business and USI entered into a relationship with National American Insurance Company (National). That relationship would run for thirteen years until 2003 when National decided to exit the bail market. USI then renewed its relationship with Lumbermens in 2004 and that business partnership continues to this day. We believe it says a great deal about how USI conducts itself in the market that a former partner like Lumbermens would reach out to renew our old partnership.

In 1993 Jack Whitlock and Bill Carmichael acquired American Surety Company (ASC). As ASC expanded its geographic reach, many agents writing for National or Lumbermens were switched to writing through ASC. USI continues to manage and contract bail agents through Lumbermens with particular focus on larger bail agencies and general agents seeking a surety company with a small presence in their respective markets.

ASC and USI share an experienced, knowledgeable staff which provides high quality service to the more than 2,300 appointed agents operating across the Nation.