25Jun 2012 by tkanger
Legacy on Lanier Golf Club located on scenic Lake Lanier near Buford, Georgia was the site of the 6th Annual Georgia Sheriffs’ Association Statewide Golf Tournament held June 22. Proceeds raised from the event go to the Georgia Sheriffs’ Youth Homes.
The Georgia Association of Professional Bondsmen made a contribution and placed a sponsor’s tent on the 11th hole where GAPB volunteers handed out cold bottles of water and goodie bags to golfers enduring the 90 degree heat.
It doesn’t take a lot of encouragement to help kids. I attended the event on behalf of American Surety Company, an event sponsor. American Surety Company has a number of agent partners in Georgia and we were thrilled to have the opportunity to support the Georgia Sheriffs’ Association and their worthwhile efforts on behalf of youths. 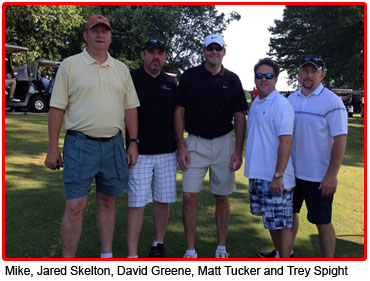 FSAA 40th Anniversary Meeting
I departed Georgia and headed to Coco Beach, Florida for the Florida Surety Agents Association 40th Anniversary Meeting held over the weekend. While attendance was light, it was enthusiastic. FSAA is one of two bail agent associations in Florida and boasts representing bail agents over the last four decades. The expansion of taxpayer funded pretrial release programs has been an ongoing concern in Florida so both FSAA and B.A.I.L. Florida will need to work together to protect the future of commercial bail in Florida.
PBUS Mid-Year Meeting a few weeks away
PBUS, under the leadership of new president Scott Hall, will hold its 2012 Mid-Year Meeting July 8-11 at the Manchester Grand Hyatt situated in downtown San Diego.   I always look forward to the Board of Directors Meeting and The Council of Bail Association President’s Meeting. It’s where I get the most information about what is happening in the bail industry nationally. I’ve been tapped to teach the CBA class on legislation so get your tickets early. Click here to view meeting agenda.