14Oct 2011 by tkanger
It’s been six months since Governor Brown signed into law AB 109, part of California’s criminal justice realignment agenda. AB 109 purportedly will help ease prison overcrowding by retaining lower-level offenders and parole violators with short term sentences in the county jails and releasing from custody qualifying pretrial detainees with only a GPS monitor to ensure appearance. Counties are to be paid by the state for housing convicted felons.
AB 109 could dramatically impact the use of commercial bail as county jail officials will be releasing pretrial detainees by any 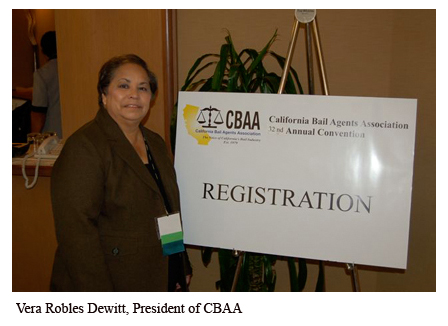 means possible to make room for the paying customers; convicted felons. Under AB 109, a pretrial detainee is not eligible for release on a GPS monitor until after they have been in custody for 30 days, therefore we will see an increase in release on own recognizance and through taxpayer funded pretrial release programs.
With a recidivism rate of nearly 70 percent, the number of parolees alone could prove overwhelming to the newly enlisted county jail facilities, making for an unmanageable housing dilemma.
In the wake of a housing dilemma at the county level, we may begin to witness an increase in the issuance of citations and fewer arrests. Fewer arrests means higher crime rates which translates to more victims and unsafe neighborhoods. A higher number of offenders released on unsecured bond or no bond will result in increased failures to appear and more warrants translating to more work for law enforcement.
AB 109 was a major topic of conversation at the recent meeting of the California Bail Agents Association in San Diego. CBAA has joined forces with the GSBAA, the Golden State Bail Agents Association, to increase awareness of the effectiveness of commercial bail bonds in controlling failures to appear and enhancing public safety by securing bonds with third party cosigners by way of family members, friends and employers.
California bail agents need to be aware of how AB 109 may impact their market and be prepared to contribute time and resources to protect their livelihood.
AB 109 became effective October 1.